Explore the legacy of the Near and Far Eastern worlds right here in the region at the University of Durham’s Oriental Museum, an institution supported by Brian Straughan & Co.

When you hear the term oriental, what imagery does it evoke? The culture and craft of the Far East may be what springs to mind, but the term is flexible. Orientalism has no borders, its influence as keenly felt in the works of the Ancient Egyptians as in the potted wares of China’s ruling dynasties. Fortunately, you don’t have to travel far to discover the origins of the Orient. A vast array of artefacts stretching across two continents and countless time periods are on permanent display at the University of Durham’s Oriental Museum.

The Museum started life as a resource for those reading Oriental Studies. Since its inauguration as the Gulbenkian Museum of Oriental Art and Archaeology in 1960, it has evolved into a cultural hub for students and laymen alike. Starting out as one small collection of Near East antiquities, the Oriental Museum now houses almost 30,000 unique items from far flung corners of the world, on show for the general public seven days a week.

Currently on display is From the Mountains to the Sea, an exhibition featuring the cultural aspects of South Asian and Himalayan nations. Comprising of over 2,000 pieces, it presents the art, customs and religion of the region from a Western perspective, seen through the eyes of several North East artists. The Oriental Museum also plays host to a series of talks and lectures on a vast range of topics, from the astronomical beliefs of two Indian tribes to weaponry’s spiritual significance within the Sikh faith, all taking place next door to the Museum itself. There is much to be admired, and even more to be discussed.

Alongside its academic heritage and value to the field, the Museum also aims to instil a sense of wonderment in young and old, taking the keen observer on an immersive tour that encompasses art, tradition and history. It hosts a plethora of family events that get kids engaging with an altogether different culture. Upcoming activities include the creation of multi-sensory spice collages, the Little Dragons under-5s playgroup, an insight into the lives of Ancient Egyptian soldiers and time at the pottery wheel, where young ones can fashion their own Korean moon jars from clay. It’s not just a place for children to learn; it’s an environment which stimulates and excites, and, most importantly, encourages good-natured fun.

Brian Straughan is treasurer of the institution’s charitable support group, the Friends of the Oriental Museum – a position he inherited from his father-in-law. It is a role he has relished for over twenty years.

“We hold lectures for our members regarding just about any matter associated with the Orient, and support the museum itself both financially and by providing volunteers to work in the museum, facilitating the purchase,  display and restoration of a number of exhibits,” Brian explains. “We have just held our 2014 annual general meeting at which Sir Arnold Wolfendale, former Astronomer Royal (who is our president) presented a lecture about the astrology of certain Indian tribes; that’s tribes of India, not Red Indians!”

The museum has, according to Brian, one key objective. “It looks to support the University of Durham in its academic teaching and research, and this includes encouraging visits by school groups to link with their studies at GCSE A level. It’s a fantastic educational aid right across the spectrum.”

The Oriental Museum, which enjoys an excellent national and international reputation in respect of its collection of artefacts, is open throughout the week, from 10am to 5pm on weekdays, and 12pm to 5pm on weekends and Bank Holidays. The entrance fee for adults is just £1.50, with children and concessions admitted for half of that price. Friends of the Museum, University of Durham staff and students, Museums Association members and those belonging to the Armed Forces get in free.

Come young and old, academic or enthusiast, and delve into the historical delights of the Eastern world. They’re right here on your doorstep!

Where to find us 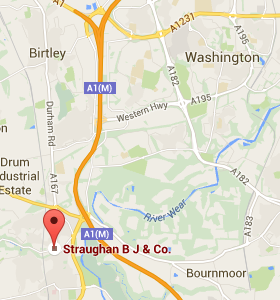